I was really hoping that Chrome wouldn’t do this.

This entry was published on Wednesday, June 8, 2011
Annoying Google Chrome

The one thing that I hated about Firefox was that you had to restart it every so often because it would start taking up way too much memory after some time. Chrome initially didn’t have this issue, but lately I have noticed that it has started misbehaving as well. Take a look at the following screenshot of the Task Manager in Windows XP. 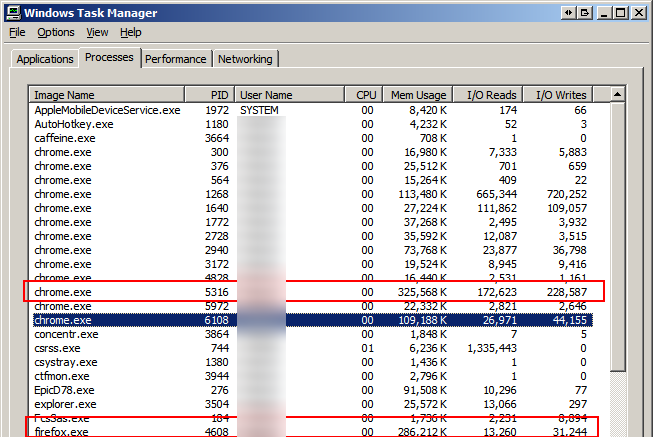