This entry was published on Sunday, June 18, 2017
Future Self Driving Vehicles 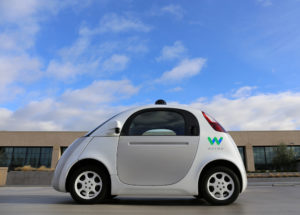 I am cautiously and excitedly looking forward to the upcoming revolution of connected and self-driving vehicles. This advancement is bound to change so many things and the ways that we do those things. Taxis and truck driving are the most apparent professions that will see the initial impact, but this will also impact many other occupations and areas.

One of the promises of self-driving vehicles is that we will utilize them a lot more than the current vehicles. A typical American family will no longer need at least two vehicles as they do today because they will be able to adjust schedules and send the same vehicle around. According to one source, Google’s goal is to increase the utilization of the vehicles from the current 5-10% to 75% or more! This increased utilization will make it so easy to share vehicles that companies will likely sell usage of vehicles, instead of the vehicles themselves. You can already see companies like Zipcar that are capitalizing on this type of sharing. Uber and Lyft are also positioning well to address this need.

In addition to affecting dealerships, many of which likely will either close or turn into some other form of showrooms, this will also have an impact on the auto lending industry.

Virtually all sophisticated future vehicles will connect to the “cloud.” This introduces two new challenges. First, Security, which is a cat and mouse game where existing standards have to continually evolve as hackers get faster computers and deeper intelligence.  Second, the connected vehicles will depend on accurate and updated maps and other features that require the “clouds” for the specific manufacturers.

The security updates and the dependence on the cloud mean that as soon as either one of these stops, the vehicle must come off the road or it can endanger the life of the passengers. There can be many reasons for one of these to happen; e.g. a model is deprecated, or a manufacturer goes out of business. Given all the relatively new self-driving and electric vehicle startups (Tesla and Faraday Future being two), the latter scenario of the manufacturer going out of business is entirely possible.

I also wonder if this will be the start of the end of “antique” vehicles because most of the vehicles will “stop working” after a certain time. 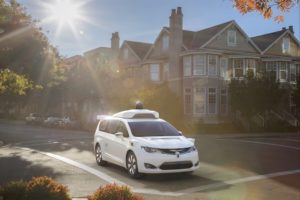 A little while back I was interested in Tesla, which is a good representation of the characteristics of the upcoming self-driving vehicles. I contacted my local insurance agent, who represents a national insurer, to get an idea of the premium. As I learned, they didn’t even offer a standard insurance for Tesla and had to do some additional work to figure out a premium.

This is just the start. As the fully self-driving vehicles will start to show up, one of the issues will be about who actually insures the vehicle. The current vehicles are comparatively simple, but the self-driving vehicles will be much more complicated to the point that it might be in the manufacturer’s best interest to insure the vehicles themselves or only through their limited partner insurance companies. There is already news of Tesla trying this in Asia.  That article also talks more about additional challenges to the insurance industry.

With the introduction of many electronics like diagnostic sensors, the Engine Control Units (ECU) and automatic parking, mechanics have already started to rely a lot on computers to do their jobs, but with self-driving vehicles, the vehicles are about to become a lot more complicated. Even to the point where getting the appropriate diagnostic and repair equipment for all the different manufacturers might become cost prohibitive. Furthermore, given the changes to the ownership and insurance models, many manufacturers might only allow a subset of shops to perform repair and maintenance of their vehicles.

I will admit it; I procrastinate on filling up the car gas tank as long as I can. If you give me an option to offload this, I will likely jump. Guess what? Self-driving cars will. I am curious to see how this will change gas stations in the long run. 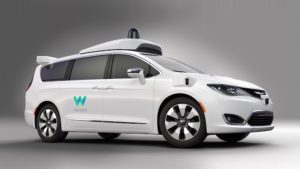 Many gas stations rely on the in-store sales for the majority of their revenue, but if the vehicles can refill without a driver, then it will reduce in-store sales. I also guess that we will be able to schedule refills at particular times which would result in better space utilization at the gas stations. This could mean that we will see new stations popping up that allow only one or two vehicles to refill at a time. For electric vehicles, this is the model that Tesla is following with many of their Superchargers.

In the much longer term, given the precise control of the speed and possible coordination with other vehicles, it may even be possible for tankers to refill while vehicles are in motion. The main application for something like this would likely be for long-haul trucks that can become even more efficient by saving the refueling time.

The precise control and, the possible continuous logging, of speed, will likely affect the driver’s choice of speed as well. Assuming that manufacturers allow going above the posted speed limits, my guess is that there will still be a lot more compliance with the speed limits. I am curious to observe how things will change for traffic cops and how this will impact the revenue from traffic tickets for cities.

Depending on one’s current position, all of the above examples can be good or bad because they will end businesses and take away jobs, but they will also create new opportunities.