This entry was published on Tuesday, November 14, 2006 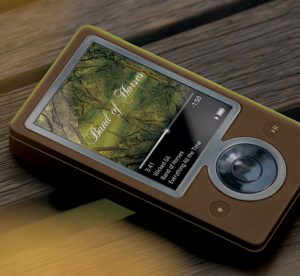 Yesterday Microsoft launched their first version of the “MP3 player,” Zune. Microsoft has made a fairly late entry in this market considering that the Apple iPod has been in the market for a few generations! There are gazillions of a accessories for the iPod, including integration in higher end cars. Add to that Creative’s entry into this market with their Zen Vision:M in the last few months, and you get a fairly competitive market. 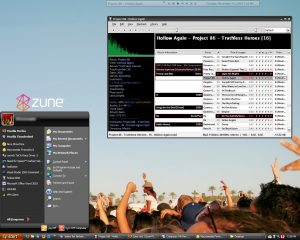 Apple started it’s iPods at $399 price tag, Creative started it’s Vision:M’s at $320, and guess where Microsoft landed? $249! I think that is an awesome price for a 30 gig MP3 player with FM tuner, and supports WiFi! Microsoft doesn’t need much press for their launch because Zune has been hyped on gadget websites for a while now, getting labeled as the iPod killer. Zune does look pretty exciting but I personally think that the coolest part if the WiFi.

To add to the excitement, Microsoft has also introduced a new Windows theme that matches the Zune’s default color scheme. Obviously I had to try it out! Check out this screenshot.

Let’s see if it can really grab a chunk of the MP3 market, and if really is an iPod killer!