This entry was published on Wednesday, September 12, 2007

I have had Windows Vista on my tablet for a while and I finally decided that I would try it out on my desktop. But, I didn’t go at it blindly. Especially since when the Vista had open Beta I tried it out and noticed that it was considerably slower than my Windows XP installation. Considering this, I first installed it on my “playing around” 15GB partition to see how it performed. After trying it out for a few days I then decided that it was ready. 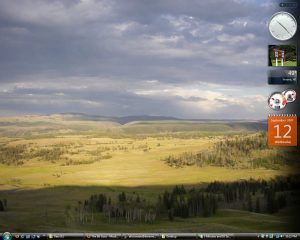 So, I installed Vista around 8pm today on the main 40GB OS partition replacing the Windows XP installation. Visual Studio is one of the key programs that I use quite often so knowing that they have the 2008 beta out I had wget on the ArchLinux server working at downloading the img file. The initial Windows Vista install took under half an hour and after that it was ready for my installations and customizations. Here is what I have done so far.

Here is my impression so far.

In summary, so far everything is going awesome!