This entry was published on Thursday, July 2, 2009 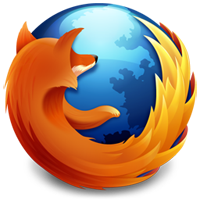 Yesterday I upgraded to Firefox 3.5 and noticed that my saved passwords didn’t show up. Instead it had a new “password store,” i.e. the ones that I was saving now were working fine, but the ones from 3.0 were lost. After some research I ended up on this post. So, Firefox 3.5 uses an sqlite database (signons.sqlite) to save passwords while 3.0 used a plain text file (signons3.txt). The normal upgrade process would have migrated your passwords correctly, but in my case I had Minefield (Firefox’s dev version) installed before the developers got around to creating the migration script. So, I had signons.sqlite by the time I upgraded to the official release, which ended up leaving that as-is. Anyways to fix this…

This should recreate signons.sqlite and your passwords should be recovered. Have fun.