I am generally excited to try out new software.  This was the case when Apple announced the public betas for macOS Mojave recently.  I was excited to try out the public beta, but I didn’t want to mess with my primary setup.  Unfortunately, my older spare MacBook Pro is no longer supported by Mojave so my only option was using my primary MacBook Pro, which was a little scary.  After looking around for a little bit, I learned that I could install Mojave on a new partition without messing much with the existing install.

END_OF_DOCUMENT_TOKEN_TO_BE_REPLACED

I have been looking for personal task tracking systems for a while.  I ended up trying a few of the expected ones like simple lists in OneNote and Wunderlist.  I was hoping to find something that was simple to get started with, but also had enough features to make it effective.

END_OF_DOCUMENT_TOKEN_TO_BE_REPLACED

I recently had to help someone setup an HP fax machine. Previously I would have looked around for someone with a fax machine so I could test out both the sending and the receiving functionality, but as I was reading through the manual I noticed that HP actually has a service that you can use!

You basically send a fax to this number and after five minutes it responds back with another fax to the same number with confirmation that it received the fax. This is a great tool if you ever have to setup a fax machine. Checkout more info on this HP support page.

New Article – Migrating a Linode VM to a Parallels VM

I recently had the need for migrating a Linode virtual machine to a local Parallels virtual machine. After spending a lot of time searching around I didn’t find a guide that documented all the necessary steps. So, here is my attempt at documenting all the steps.

The most unknown iphone feature: Undo! 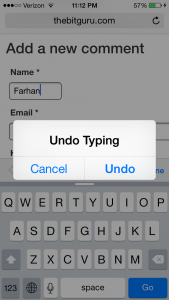 There is a 90% chance that you don’t know about this. The iPhone has an undo feature! If you accidentally make a change that you would like to undo (e.g. deleting some text) then you can get it back by literally shaking the phone! 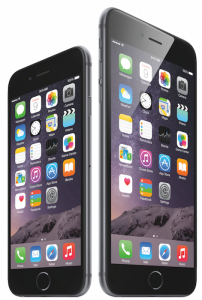 I had a Ubuntu on an older end-of-life (EOL) release that I hadn’t had a chance to upgrade. I finally took the time tonight to upgrade it, but starting out I start getting 404 errors because of the EOL status. Here are my notes for upgrading an EOL Ubuntu from 12.10 to 14.04.1.

Apple released the 10.9.3 update recently and I noticed that it installed a new version of rcd, breaking the Play Button iTunes Patch. If you experience this, please delete the backup first and then run the patch so it uses the most recent file. To delete the previous backup use the following command.

And then run the patch.

I recently accidentally messed up a Cisco 3750 switch while upgrading the firmware on it. I ended up with a non-booting switch with the typical fast flashing SYST light. After finding a computer old enough with a serial port I got to uploading the .bin image, but the at the default baud rate of 9600 the 12M or so bin file would have take quite some time. After searching on google I found out that the following IOS command would set a higher baud rate.

Still not fast enough, but an improvement. Some people have suggested using tftpdnld in rommon mode, but this was fast enough that I didn’t want to deal with rommon.

Remember to reset the baud rate after you are done.

I am a big fan of the tmux terminal multiplexer when SSH’ing into any hosts. Definitely check it out if you don’t know about it. By default tmux is pretty bare, but you can use my current .tmux.conf as a reference. The configuration file below will essentially create labels for each terminal showing the currently running program.